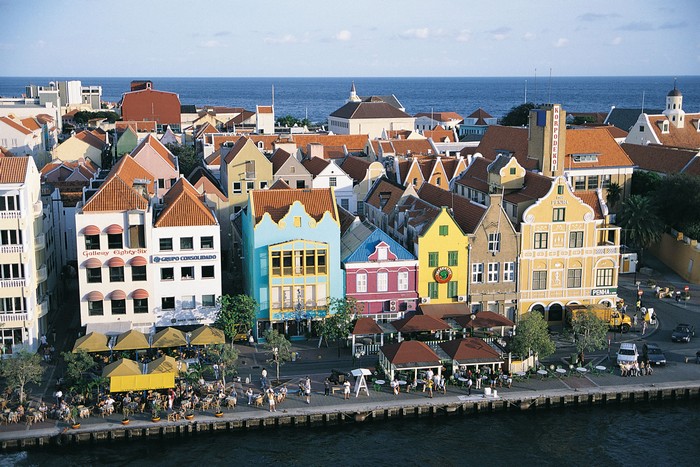 Curaçao is an island in the Caribbean Sea, and also a county in the Netherlands. Willemstad is its capital. The island was discovered in 1499 by Alonso de Ojeda. There is a lot more to know about this place. Here is a quick summary of the Dutch colonization in Curaçao.

The history of Curaçao starts with a settlement by the Amerindian people who came from the South American mainland. They were called the Arawaks. The Arawaks are believed to have lived on Curaçao for hundreds of years before the Europeans arrived. They were huge people physically, and the island was therefore called “Isla de Los Gigantes” (Island of Giants) by the Spanish.

Another point is that the Arawaks moved from regions on South America and settled into different islands more than 6,000 years ago. The group that settled in Curaçao was called the Caiquetios, and they gave that name to the island.
After the Caribbeans were put on the map, the island was open for exploration for the Europeans. Alonso de Ojeda, a Spanish soldier, and explorer set out to discover various islands in that region. Hence, Curaçao was one of the islands that were discovered.

The island was controlled by the Spanish until the Dutch came and conquered it in 1634. From the 17th century till the 19th century, the island kept changing hands between the British and the Dutch. During this period, the French also attempted to take over the island. They came quite close to overtaking the island but left it after extorting sizeable ransom money.

The island was one of the best natural harbors in the West Indies. This was one thing the Dutch took advantage of. They needed salt to preserve their herrings. It was one of the things that made the Dutch come to the Caribbean. From 1660 to 1700, the Dutch West India Company was successful. Slave trade was flouring and the port of Curaçao was used to receive food supplies and discard products from the South American plantations.

Although the Island had little rainfall and the soil wasn’t as fertile, Curaçao had a major sugarcane-plantation under the Dutch colonial rule. Till today, it produces oranges, the dried peel, which is then used for the famous Curaçao liqueur. The Dutch discovered oil in Lake Maracaibo, Venezuela, but, the lake was too shallow for the oceangoing ships. Consequently, the oil was put in small vessels and transported to Curaçao for refining and transshipment.

The economy of Curaçao now largely depends on its petroleum refining. Even if the government tries to diversify the economy by encouraging the light industry, they only have few manufacturing firms. In 1845 Curaçao became one of the six Dutch dependencies brought under collective administration in the West Indies. The dependencies became known as the Netherlands Antilles in 1954 and granted Curaçao autonomy over its internal affairs.

Casinobonusesindex.ca: The latest lists of all the top casino bonuses available in Canada