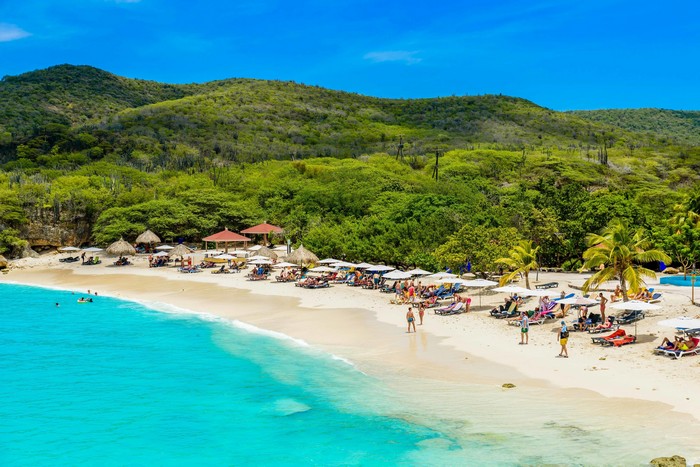 Lying in the southern part of the Caribbean Sea is the Netherlands. Curaçao is one of the few countries that make up the Kingdom of Netherlands. It was discovered by Alonso de Ojedo, one of the lieutenant of Christopher Columbus in 1499. Named Corazon by the Spanish which translates to Heart in English, this place was later to be called Curaçao by the Portugese.

The official language of Curaçao is Dutch, but English is also spoken as well as Spanish. The local language spoken is Papiamentu. It is the fusion of seven divergent languages which are English, Portugese, Spanish, African, French, Dutch and Arawak Indian.

Thinking of going on a vacation to the Caribbean Island of Curaçao ? Are you looking for the best places to go to make your vacation interesting and enjoyable ? Well, search no more ! Some of the best locations have been listed down below with ways to make the best out of them.

The Hato Caves were formed over millions of years ago, which means they are as old as the island itself. They are formed out of the accumulation of limestones and when exposed to karstic processes and atmospheric corrosion. The Caves is located on the northern coast of the island, in the northern part of Willemstad on Roosevelt Weg.

Curaçao is also home to two of the largest birds in the world, the ostrich and the emu. A visit to the farm will show you a lot on the development of the birds, from eggs to full-grown adults. This is a very rare opportunity as ostriches are known to roam the wild in Africa but on the island of Curaçao, you get to see the birds in an enclosed location.

This is probably one of the best places to visit. You actually get to take a swim with dolphins, one of the smartest mammals on earth. Amazing isn’t it ? You get to see the dolphins in their natural habitat. What an interesting endeavour to go on a swimming or diving trip with dolphins !

This is one of the best beaches on the island of Curaçao and it is located on the western coast of the island. This will be fulfillment to water lovers because of the white coral sand beach and the calm and crystal-clear waters. The Playa Porto Marie is also a good location to go scuba and snorkel diving.

One of the best locations to go diving is the Blue Room Cave. Located on the western coast of the island, it’s a cave that is almost submerged in water. A cave filled with water surrounded by a deep-blue light. Fascinating, it is mostly believed to be magical as it creates a stunning effect.

Activities to do on Curaçao Island

Wait no more ! Pack your bags and enjoy a fun filled and memorable vacation in Curaçao.

Casinobonusesindex.ca: The latest lists of all the top casino bonuses available in Canada